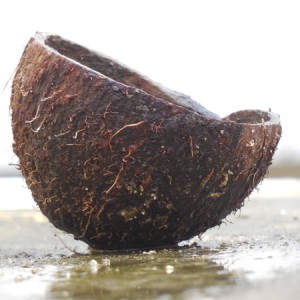 Environmental and lifestyle factors likely play a role in the development and progression of dementia according to this fact sheet from the National Institute of Health (NIH).  There is great interest in clinical trials to understand the association between cognitive decline and vascular and metabolic conditions such as heart disease, stroke, high blood pressure, diabetes and obesity.

One area of research relates to the effect of diabetes treatments on the progression of Alzheimer’s and cognitive decline.  The body produces insulin not only in the pancreas but also in the brain.   Whereas type 1 and type 2 diabetes are a result of the body’s inability to either produce or properly metabolize insulin from the pancreas, new research indicates a third type of diabetes– sometimes referred to as “diabetes of the brain”—is the result of low levels of insulin or an insulin resistance within the brain.

Glucose is a source of energy for both the body and the brain, and glucose requires the hormone insulin for proper metabolization.  The problem observed in Alzheimer’s patients is that inadequate amounts of usable insulin and insulin receptors within the brain lead to the degeneration of brain cells.  Post mortem studies of brain tissue from individuals diagnosed with Alzheimer’s have shown reduced levels of insulin and its receptors present in the portions of the diseased brain known to be affected by Alzheimer’s disease. This finding indicates a link between Alzheimer’s and diabetes and has resulted in Alzheimer’s being referred to by some health care professionals as type 3 diabetes.

The areas of the brain that are shown to have low levels of insulin in Alzheimer’s patients are the frontal cortex, the hippocampus and the hypothalamus, which are specific portions of the brain that deal with memory, personality and learning.  An inadequate supply of insulin leaves these areas of the brain “starving” for energy and as brain cells in these areas begin to die, the memory loss and confusion that are often associated with Alzheimer’s begin to develop. These findings suggest a possible cause for the known brain abnormalities found in Alzheimer’s patients and has led to exploration of new treatment options to get at the root problem rather than simply treat symptoms.

Several studies are underway to address the insulin deficit observed in the brains of Alzheimer’s patients in ways similar to treatment for type 1 and type 2 diabetes which typically uses medical or dietary means to assist the malfunctioning body to use or to access insulin more effectively. Two avenues of research are to find new ways to get insulin to the brain, or to change the diet to get around the insulin deficit.

While insulin injections can benefit those with type 1 and type 2 diabetes, it is not sufficient for someone dealing with type 3 diabetes.  The reason for this is that the blood-brain barrier, which prevents potentially harmful blood-borne agents from reaching the brain, also prevents the brain from accessing insulin from the body.  The Alzheimer’s Research Center, located within Regions Hospital in St. Paul, Minnesota, is studying a potential solution to the complicated challenge of overcoming the blood-brain barrier for the purpose of getting insulin to the brain.  Researchers at the center have developed an intranasal insulin which administers insulin via nose drops which can then enter the brain without ever entering the bloodstream, thereby overriding the blood-brain barrier that hinders the standard insulin injection option.  Studies conducted on those in the early stages of Alzheimer’s have shown improvements in those areas of cognition usually affected by the disease: memory, attention and functional status.  Further studies are needed to determine how long these improvements will last with ongoing intranasal treatments.

Diet is a major component in the treatment of type 1 and type 2 diabetes, and dietary treatments are being explored for type 3 diabetes, as well.   The FDA has approved a new medical food called Axona which is designed for the treatment/management of Alzheimer’s.  A medical food is a dietary product designed with specific nutrients to treat or manage a specific disease or condition. Since the brain of those with Alzheimer’s does not have sufficient insulin function to access glucose effectively, Axona is designed to deliver an alternative energy source in the form of medium-chain triglycerides.  Medium-chain triglycerides can be converted by the body into ketone bodies which are an efficient fuel source to replace glucose and provide the energy required for brain function.  Although this is a new treatment concept, studies have shown positive results in functioning for some who are experiencing early- to mid-stage effects of Alzheimer’s. 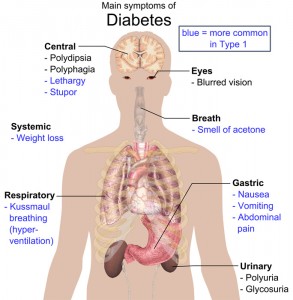 Another area of interest in the treatment of Alzheimer’s, Parkinson’s, MS, ALS and other neurodegenerative diseases is coconut oil—a food product that is widely available in grocery stores.  Like the medical food Axona, coconut oil is rich in medium-chain triglycerides which can be converted into ketone bodies to create an efficient fuel source for the brain to replace glucose and provide the energy required for brain function and potentially restore neuron and nerve function in the brain.

The use of coconut oil in the treatment of Alzheimer’s has been studied and documented by Mary Newport, MD, who happened upon it somewhat by accident. In a case study published in 2008 (PDF), Dr. Newport describes how her husband began showing signs of progressive dementia at the age of 53 and tested positive in 2003 for the genetic marker for early onset Alzheimer’s.  Over the next few years his symptoms progressed and they began pursuing treatment options for Alzheimer’s.

In 2008 Dr. Newport attempted to get her husband into a drug trial for a new Alzheimer’s medication.  When she couldn’t get him in the trial she did some research on her own and learned that the key ingredient in the drug trial was medium-chain triglycerides derived from coconut oil or palm kernel oil.  She decided, “why don’t we just try coconut oil as a dietary supplement?”, and bought a jar of nonhydrogenated extra virgin coconut oil from a health food store.  She converted the measurements from the drug trial and then added 2 tablespoons of coconut oil to his oatmeal the next morning.  His memory improvement was almost immediate.

Within 6 weeks his condition was markedly improved and over the next year they saw a reversal in many of his symptoms.  Dr. Newport reported that coconut oil seemed to “lift the fog” for her husband. His short term memory and focus improved dramatically and he regained his conversational ability and reading comprehension.  Dr. Newport’s book, Alzheimer’s Disease: What if There was a Cure? , released September 27, 2011, details her findings.

Further research in the use of coconut oil is limited and there are as yet no peer-reviewed clinical studies regarding its efficacy in the treatment of Alzheimer’s. The NIH states that it is unlikely that any one intervention for Alzheimer’s will be found.  The current approach in research and treatment involves a variety of possible interventions. Anecdotal information about the use of coconut oil for the treatment of Alzheimer’s suggests it has been beneficial for some patients; Dr. Newport’s husband, for example, showed measurable improvement on a standard Alzheimer’s screening test.

How to Use Coconut Oil 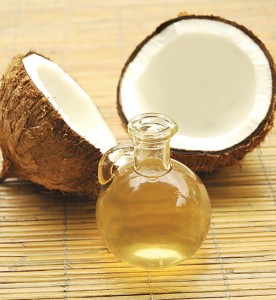 Preliminary studies on the use of coconut oil have used about 2 to 4 tablespoons per day of virgin (unrefined) cold-pressed coconut oil, which is available in most grocery stores.  It is considered to be optimal to consume it without heating it, but of all the available cooking oils it is much less susceptible to heat damage and oxidation if you use it in cooking or baking.   Some gastrointestinal problems have been noted by some users at the outset of use, and so starting with a smaller amount per serving is advised.

You can use coconut oil as you would use any cooking oil or butter or cream:

Posted in Blog Posts, Healthy Eating & Recipes, What If It Could Help?

Get Social With Us