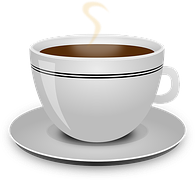 We have all had the sort of day that seems to indicate that the universe has it out for us, that every stumble, misspoken word or forgotten coffee is meant to push us to give up on the day and retreat to our beds. For people struggling with Alzheimer’s or other dementia-related conditions, the difference between a good and bad day can be massive. On a good day, maybe they’ll remember more and be able to laugh and relax, but on a bad day, life can be frustrating and confusing at a level that is hard to comprehend.

At Arthur’s, staff make every effort to push for a good day. One fascinating piece of that effort is food. Since humans build multi-sensory attachments to certain objects (for example: you probably remember how your mother smells, as well as how she looks), food can be a surprising catalyst for clarity and understanding in people with Alzheimer’s.

One example of this involved a client reminiscing with a staff member about a dessert that his mother made for him when he was younger. The flan was one of his favorite things to eat, though he hadn’t had it in years. The savory, creamy taste brought him back to his younger days. A few nights later, the client was about to put his plate away after dinner when that same staff pulled out a small, round custard and offered it to him. Overjoyed, he devoured the flan, and spent the next few hours talking about favorite foods with the staff member before going happily to bed.

Some clients at Arthur’s have a relationship of comfort and safety with a certain dish. One resident adores peanut butter and jelly sandwiches, and calms down whenever she has one, no matter how stressful the day is. Another resident was severely distressed, and was finally able to come down from the episode with a half-gallon of ice cream and a spoon.

When new clients move into Arthur’s homes, staff not only take down favorite foods, but try to get a hold of as many family recipes as possible. After all, nothing says home like food the way ‘momma’ made it.

Get Social With Us